CW: The following article deals with themes portrayed in Thirteen Reasons Why including mental health, suicide and sexual assault. Please read on at your discretion.

Whether you’ve actually seen it or not I’m sure that by now everyone is at least familiar with Netflix’s latest hit Thirteen Reasons Why. It follows the story of Clay as he comes to terms with the death of his close friend Hannah, who has left behind a series of tapes explaining why she chose to kill herself. Some have loved it, some have hated it, and some have made memes about it. No matter what your feelings are on the show, we can all agree that it deals with some pretty intense issues often shied away from by big production companies, which is great to see.

However I have noticed a fair amount of articles and blog posts surfacing about the themes in the show that made me wrinkle my nose. There have been several experts that have come forward to criticise the show for a very graphic (too graphic?) suicide scene, which is a very valid criticism and one for a separate discussion. But I do have growing concerns about the online chatter that criticises the depiction of mental illness and trauma throughout the show. I know people who have spoken out about how they relate to the show, only to be quickly shot down by others who say that the show’s depiction of mental illness does not reflect reality. 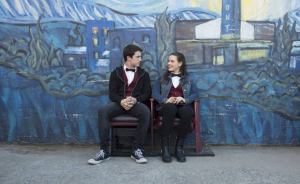 And that’s not right.

I feel like an ugly trend has been developing where we police each other’s health. We saw it back in 2015 when the #effyourbeautystandards movement was taking off. So many people trying to reclaim their self-worth were shut down by those who made assumptions about the health of plus-size people. They were policing the health of their bodies, insisting people were putting their lives at risk just by trying to love themselves. Even recently Tess Holiday, the creator of the #effyourbeautystandards movement, was fat-shamed by her Uber driver who was policing her for what he perceived as bad health.

But now it seems that we are also policing people for their mental health. Thirteen Reasons Why and the subsequent discussion have brought this to a head, with people attacking each other online over the accuracy of the portrayal of Hannah’s mental health. Besides severe disappointment (really guys? This is the hill you wanna die on?) I was also shocked. People were trying to delegitimise the experiences of others based on a television show.

Hasn’t the negative stigma surrounding mental health done that enough? Do we really need to be contributing to the mystification of mental health by suggesting that only one version of trauma exists? Who are we to dictate how a rape victim should feel and behave after the fact? Do we really want to tell each other the correct way to experience depression and PTSD?

Because the answer should be no, guys.

Of course the show does not mention Hannah’s mental health specifically; we cannot know for certain if Hannah suffered from anxiety, depression or PTSD resulting from the constant and extreme bullying, sexual harassment and sexual assault. The show has been criticised for not tackling these issues head on, but I actually thought this was a purposeful statement. We don’t have to label someone’s health in order to recognise the different signs and symptoms; a person does not need to walk around with a sign that says ‘depression’ in order to have depression.

There are serious problems with diagnosis in mental health. A lot of people remain undiagnosed for their serious and very treatable illnesses for all kinds of reasons. Some people are ashamed, some people deny that there is anything wrong, and some people just don’t realise that what they are feeling isn’t healthy. I felt that by not labelling Hannah with a specific mental illness, the show was emulating reality: people often do not reach out for a diagnosis for many of the reasons discussed in the show. 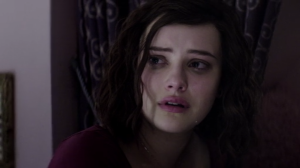 Instead of handing her a sign that says ‘depression’ or ‘PTSD’, Hannah is living out these conditions. We can connect the bullying and sexual harassment to her deepening depression. We can connect her stillness and fear following her rape to trauma and PTSD. We can hear her descriptions of feeling empty and recognise that Hannah has some mental health issues that she needs help working through.

I am not a doctor, I am not an expert. But I feel that common sense tells us that people can experience illness and suffering in different ways. Just because someone experiences their depression differently to you does not make either of your experiences any less valid. It just means you are different.

So just be kind to each other. Help each other. And if you need a reason why you shouldn’t shut down someone who is trying to confide their feelings in you, just because your experience was different – I can think of thirteen.

If you or someone you know may be suffering from mental illness, contact SANE, the National Mental Health Charity Helpline on 1800 187 263 or Lifeline, a 24 hour crisis support and suicide prevention service on 13 11 14.

17 thoughts on “Mental Health Police: Thirteen Reasons Why You Should Stop”