Society says that once a woman becomes a wife, has kids or reaches a certain age then they are no longer allowed to express their sexuality. Women who breach this outdated social norm are slut-shamed, condemned, criticised and judged for the way they dress, act and speak.

They say ‘Is that dress really appropriate for a mom to wear? What kind of example are you setting for your daughter?’ They say ‘you’re 60, you should cover up.’ They say ‘how does he [the husband] allow his wife to dress like that let alone go out in public.’ They say ‘you’re a bad role model for young women.’ They say ‘you have no self-respect.’ 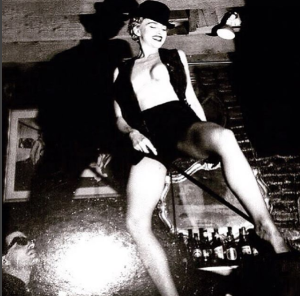 Well, the star who needs no introduction. The one and only Madonna recently posted a number of semi-nude photos onto her Instagram under the caption “Still Acting my Age!!!” accompanied by some choice words:

“How do i know I’m still acting my Age? Because its MY age and its MY life and all of you Women Hating Bigots need to sit down and try to understand why you feel the need to limit me with your fear of what you aren’t familiar with. You know what happens to Bigots? NOTHING! Nothing happens to people who. Think in a limited way. Facts… ” wrote Madonna.

But at a time where women need the support of other women to fight the patriarchy and these sexist social expectations- unfortunately, in many cases it’s other girls who are doing the hating. Let’s be real. Girl on girl hate exists. And it sucks.

Girl on girl hate, however unfortunate, is unsurprising. We live in a culture where girls are constantly pinned against each other as rivals. It’s always a ‘Who Wore it Better’ between two women, instead of a ‘They Both Slayed.’ As prominent novelist Chimamanda Ngozi Adichie pointed out in her personal essay We Should All Be Feminists and in Beyoncé’s song ‘Flawless’:

“We raise girls to see each other as competitors —
not for jobs or for accomplishments,
which I think can be a good thing,
but for the attention of men.
We teach girls that they cannot be sexual beings
in the way that boys are.”

So, it really is unsurprising that girl on girl hate exists. Seriously though, why does society, men and other women, think it’s okay to police what women do with their bodies? The same doesn’t happen for men, so why women?

What is it about a woman embracing herself that is so disgraceful and so difficult for society to understand? Isn’t there enough self-hate already? So many people are struggling with learning to love themselves, with body dysmorphia, eating disorders, low self-esteem and depression. Yet when a woman shows an ounce of body positivity, confidence and actually embraces herself, society is so ready to bring her down and keep her down.

Another woman who has spoken out about society trying to dictate her sexuality is Kim Kardashian West. Just one scroll through the comments on one of Kim’s photos and you can see the hate for yourself. And you’ve got to hand it to her, despite all the hate, she’s still fighting the good fight for female empowerment and women’s sexual liberation. Earlier this year, on International Women’s Day, Kim posted an essay and hit us all with some truth bombs. She wrote: 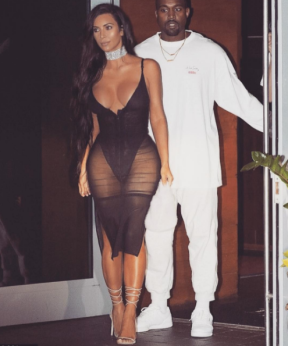 If we believe in personal autonomy, then there shouldn’t be ANY limit on expressing one’s sexuality. Regardless of whether you’re a wife, mother or an older woman, ALL women should be allowed to decide on their own terms what they want to do with their bodies, free from judgement. If that means wearing a ‘burqini’ on the beach, wearing a sheer outfit or being completely covered, turtle-neck and all- Then more power to you.

So how do we change these sexist social expectations on women? Well for a start we need a lot less girl on girl hate and a lot more #GirlLove. Lilly Singh, the popular YouTuber, also known as IISuperwomanII, launched a campaign earlier this year to give the world more of what it needs #GirlLove, a campaign that is ‘Dedicated to ending and reversing the culture of girl-on-girl hatred.’ Check out her video on YouTube titled ‘Goodbye Hate, Hello #GirlLove!’

But for now, keep fighting the good fight against ‘Women Hating Bigots’ and fighting for more #GirlLove.

6 thoughts on “Madonna Shuts Down Sexist Social Expectations on Women”